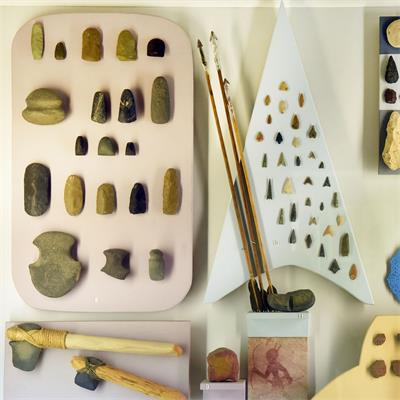 The first room on the right on the second floor of the Museum hosts some remarkable north African hand-made objects  exhibition called “Teneré: 100,000 years of Saharan Prehistory. The first three showcases guide the visitor through yesterday’s and today’s African Continent and the Sahara   Desert, in search of the area of the desert which was explored between 1974 and 1981 by  Giancarlo Turco, Anthropology honorary curator at the  Craveri Museum. We deal with the Teneré, an African region that has the same size as Italy, where its climate has been changing over the last 100,000 years alternating periods of intense desertification with other ages where the Sahara looked like an immense grassland full of rivers and lakes. The last “wet” age began with the end of the last ice age, between 12,000 and 5000 years ago. The presence of many lakes (often wider than today’s lake Chad) as well as internal seas attracted animals and people and helped the settling of hunters and gatherers in the north area. The map in the centre of the third showcase illustrates five itineraries across the Teneré; these have led to the collection of 6,000 findings; each of these dealing with a different topic: primitive Hunting, water, the Picking of wild fruits, the Tools, everyday Life and Society and the Soul. All the materials in this collection has been studied and published by the anthropologist Francesco Fedele and Giancarlo Turco in the book Preistoria del Teneré Museo Craveri Edition in 1983. 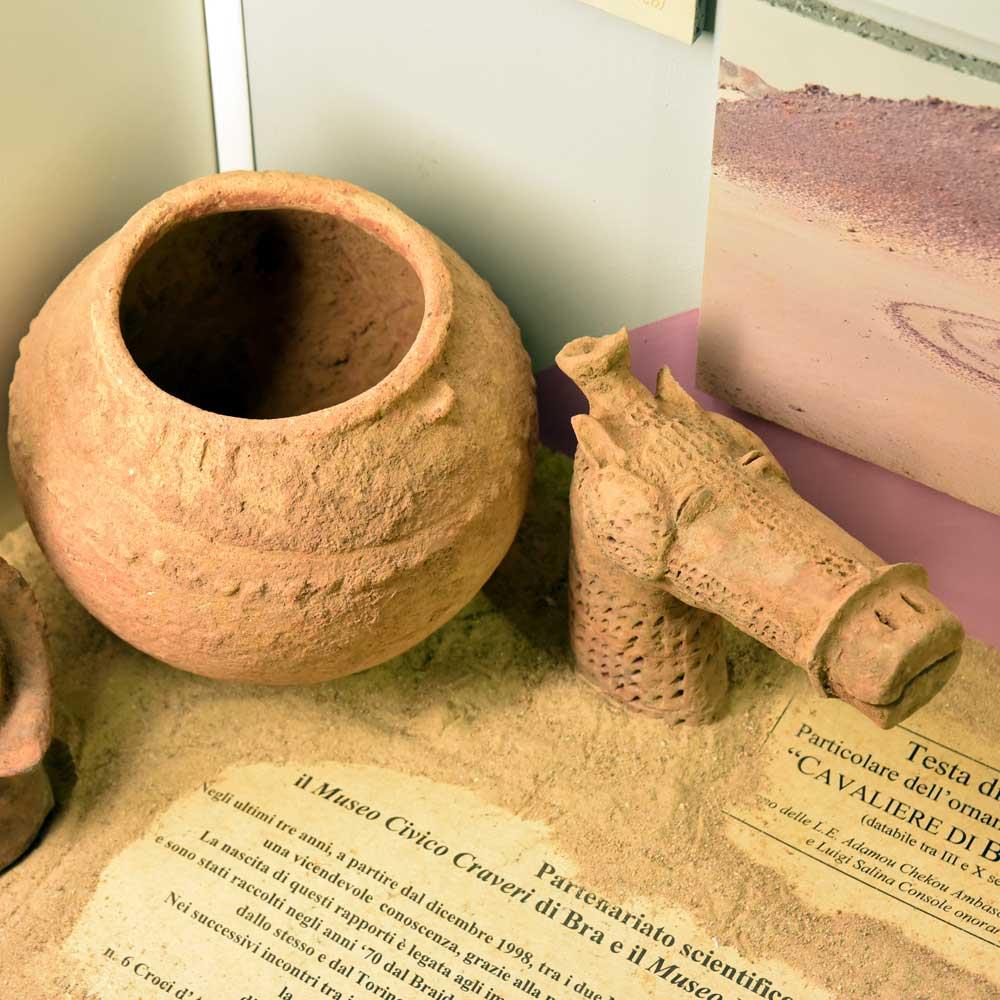 The collection of ancient Saharan artifacts in the Teneré room has been enriched with new findings from Niger. In February 1999 the Museum received the visit of the then Minister of Tourism and Craftsmanship Rhissa Ag Boula... DISCOVER