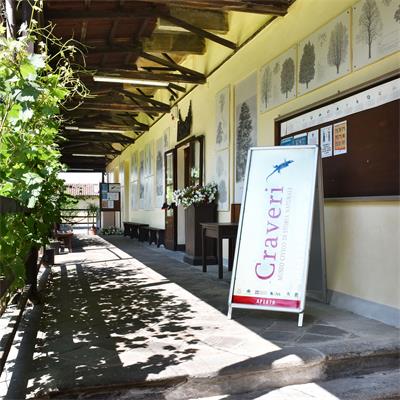 He shared his interest in the natural collections  with Franco Andrea Bonelli, who was a famous naturalist and founder of the zoological Museum of the University of Turin. His eldest sons, Federico and Ettore grew up sharing their father’s  love for  natural sciences, extended their father’s work to such an extent that they can be considered as the real founders of the museum and the promoters of the research development. The origin of the museum dates back to 1836, when Angelo purchased the building and comes back from Turin to Bra, his hometown. In a room on the first floor the early collections of natural finds are shown, which mainly consist of birds or coleopters. The number of collections increased so quickly that, as early as in 1843 the house was made one floor higher to set up the Museum and in 1861, after Federico’s return from America, it was further extended to give space to Federico as well as to his new collections. When Ettore  died in 1884 all the collections passed on to Federico and after his death  in 1890, the Museum was donated to the town of Bra by the heirs. In 1919 Euclide Milano used two of its floors and set up the Popular Museum of History and Art. In 1972, the section of Archeology, History and Art was moved to Palazzo Traversa under the direction of Father Ettore, and The Craveri House resumed its original vocation of Museum of Natural History