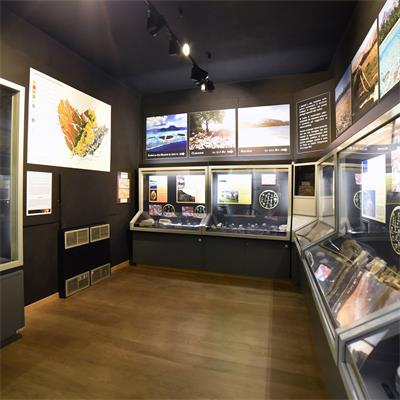 The two rooms on the right of the entrance are devoted to the Earth Sciences. The first room shows the general aspects of geology, mineralogy and palaeontology, the second room shows the features of the local territory. Both rooms have been set up again with new and more modern exposition criteria. The showcases in the first room describe the Earth evolution since the cosmic origin of the chemical elements that originate minerals, rocks, living beings, and consequently fossils. In the upper part seven planispheres show the phenomenon of the continental drift and a large board illustrates the chronological history of the Earth since its formation. In the second room we can see the layout describing the geo-morphological aspects of the local territory. Through a wide exposition of a great many fossils, many of which were collected by Ettore and Federico Craveri, a great variety of landscapes which have occurred from the Eocene, from about 50 million years ago to the last glaciation which put an end to the Pleistocene, about 12,000 years ago. In the space devoted to the Pleistocene a major phenomenon occurred, which has affected the present appearance of our territory around Bra: the taking of river-living resources of the river Tanaro, about 40,000 years ago. 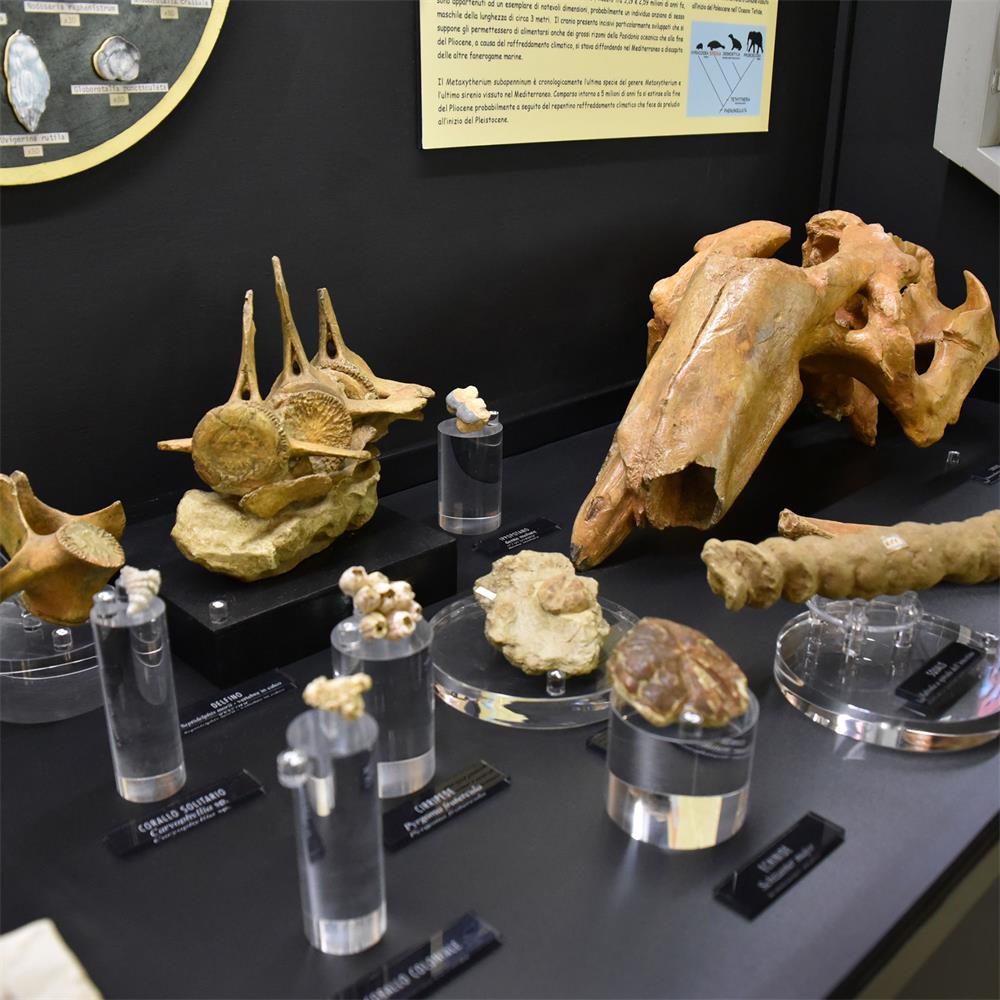 Among the fossils exposed in the Local Paleontological Room particularly noteworthy is the so called Bra Sirenium. This fossil consists of a skull with no jawbone and a rib and that is what remains of the specimen of an extinct species which... DISCOVER