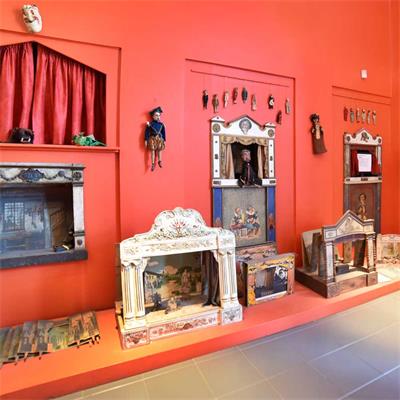 In this room we can find a rich selection of theatres, puppets, and marionettes of remarkable workmanship. We cannot talk about the child-toy relationship without mentioning the puppets and puppets; remembering that the puppet is the toy in the shape of a person or animal that can be moved by putting your hand inside (like the Gianduja shown here) while the marionette, which has arms and legs, can be moved on strings that keep it in suspension. Undoubtedly the game of theatre is as old as man because it is linked to an important childish feature that gives a soul to inanimate objects. In the seventeenth century, the character of the puppeteer who works between courts and towns became very popular. Given the growing interest in this art, which is poor but fascinating, they began to produce small theatres and puppets intended for wealthy families. They are amazing toys, accurately decorated and equipped with setting and  accessories. With the industrialization the toy theatre was no longer the rare and fabulous unique piece intended for the exclusive delight of the children of nobles but spread, with more modest characteristics, to  less wealthy families’ children  and it became the typical Christmas present in the 1960s. 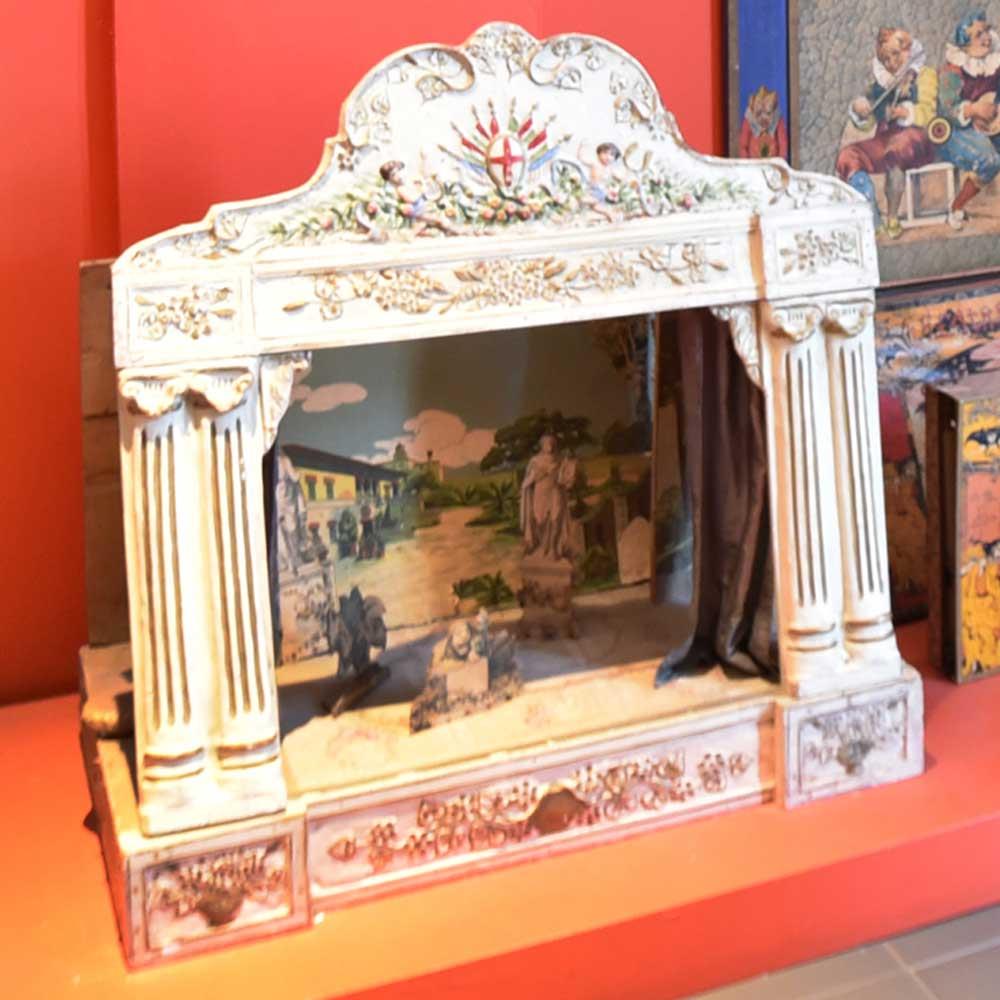 The theatre was born in a bourgeois environment. In middle class families in the evening adults enjoyed watching reproductions of the famous operas in the evening as there was no television. Even children attended these shows and they liked them... DISCOVER